The S.H.D. , thanks to the developed partnerships consolidated in the last years, it has store and lines of production able to satisfy the production of electronic cards of whatever format with assemblage PTH (traditional) that SMD, through the aid of automatic machines for the assemblage and the welding in line SMD.

In this department on proceeds to the assemblage SMD of the products, the management of the programs is submitted to a central Server that serves as database and it allows the machines to install on at the same time more types than different electronic boards, the serigraphy is submitted to automatic machines with optical centering and the remelting is submitted to an oven to 12 zones to forced convection. 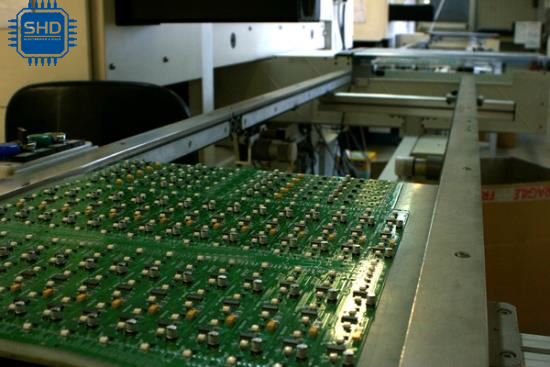 Following visual controls after the assemblage SMD, the component PTHs are added that are settled in two wave welders, of which one for workmanships related to pond with lead and one without lead (lead free)

Here the testings of the products are performed, both on automatic machines, and on equipments or devoted simulators furnished by the client.

In case of necessity we will plan and we will build of the equipments of Test and functional testing to measure and on specification of the electronics in production; differently to such end they work two machines of testing SPEA, a FLYING Probe 4040 machine to mobile probes adapts for small and serious averages and a SPEA 3030 machine in bed of needles that  is used for series with some tallest and repetitive numbers.

A complete service is furnished and diversified that it is so composed:
– Development of the programs of test for FLYING PROBE
-Develop fixture for the test with the machine of bed needles

– Execution of test on you program internally developed or furnished by the clients. 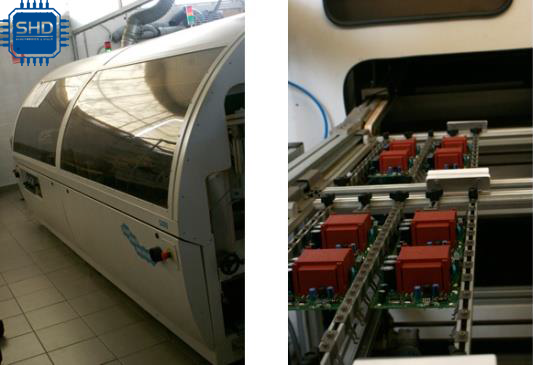 Wanted dealers and agents to U.K.